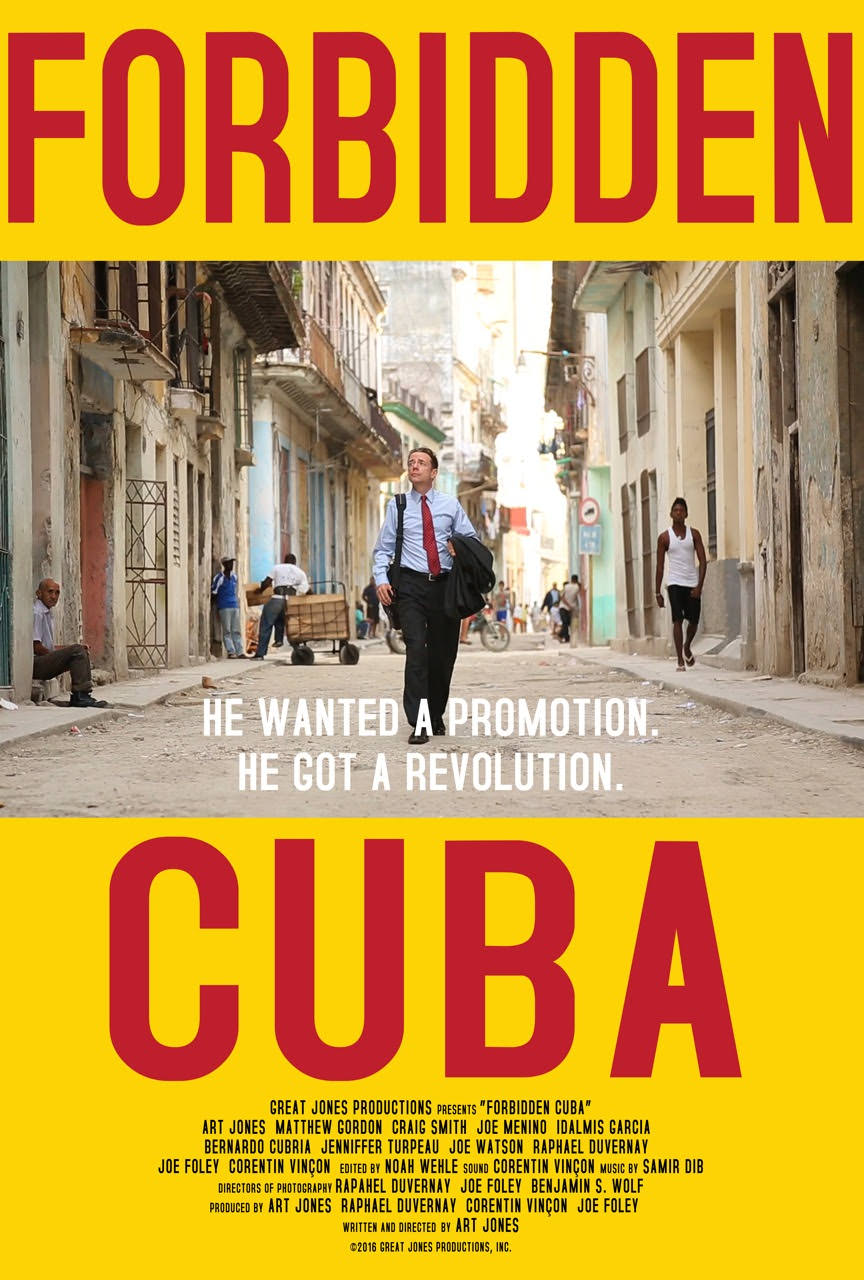 NEW YORK – Sept. 29, 2017 – Nous Entertainment and Great Jones Productions today announced that “Forbidden Cuba,” the first American feature-length film made in Cuba since 1959, has been invited to exclusive film festivals to debut for east and west coast audiences. Director Art Jones will be leading a crucial discussion and dialogue entitled, “What’s at Stake in Today’s Cuba,” immediately following both airings.

The film made its Los Angeles debut on Sept. 23 at the Downtown LA Film Festival to a significant audience. Upcoming premieres include:

“This story continues to deeply resonate with audiences who recognize the importance of exploring Cuban-American relationships in this truly unprecedented time in our collective history,” said Adam Scherr, Co-Founder, Nous Entertainment. “We are honored to have served as executive producers for this fantastic film and are pleased that new audiences can experience and connect with this story of self- discovery and exploration.”

“Forbidden Cuba” a dramatic comedy. It follows Gil Bigelow, an American businessman sent on a mission to Cuba to find an executive gone rogue and plant the seeds for business expansion. On arrival, Gil quickly gets swallowed in the unknowns of Havana. Traveling deeper into the island, he’s stripped of his routines, gadgets and bearings, and finds his eyes opened to the beauty and vibrant culture of Cuba - challenging his corporate directives, his identity and everything he’s known.